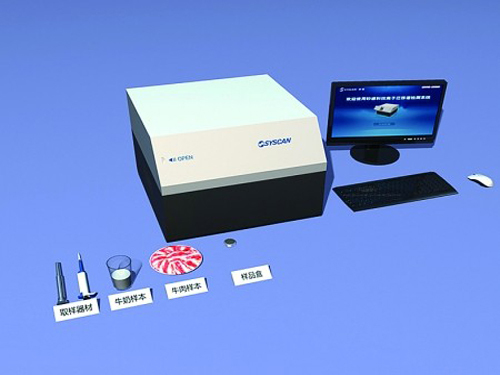 The amendment to the Food Safety Law that will be formally implemented in October 2015 has two distinctive features. The first is severe punishment. Not only has the conviction and sentencing standards that jeopardize food safety-related crimes been clarified, but also the standards for judging the relevant crimes have been raised, and the amount of behavioral fines such as illegal additions that seriously endanger food safety has been increased from 5 to 10 times to 15 to 30 times; The second is more controversy. Before and after the two sessions of this year, the second-instance food safety law ended up collecting opinions again. During this period, more than a dozen experts jointly proposed seven opinions. They thought that there were major problems in the amendments such as the institutional system, convergence with other laws, and specific operations. The proposal was postponed for one year.

The new and promulgation of the new food safety law is an objective and major reason why the current status of the food market in China has reached a point where he is appalling. It is imperative that the governance of the iron fists is urgent. This is not only at the top level, but has also formed consensus in the private sector. Hope for the rain. Judging from the three levels of â€œdare, not, and not to be desiredâ€ of governance effects, the law of severe punishment is the premise of the first step â€œnot to dareâ€. To deal with chaos for world use, and to manage chaos in the same way. There are severe punishments as a measure of scale, coupled with strict enforcement, which is expected to sweep away the unhealthy trend of the Chinese food market in the short term. At the very least, a group of courageous youngsters are already just around the corner. For the currently turbulent food market, this measure is indispensable for the short-term shock. The imperfect part can be slowly added, but if this shock is delayed due to partial imperfections, not to mention one year, one month can be a big event. Still in that sentence, food is the rule of the people, and the iron fist of the Chinese food market cannot be slowed down.

The promulgation and implementation of the new food law brings absolutely good news to the food testing instrument market. In fact, with the increasingly prominent domestic food problems in recent years, there have been a lot of investment from related departments in detection points and equipment, such as the food safety inspections of 18 provinces and cities conducted by the State Food and Drug Administration in April 2014. Testing pilots have brought more than 7 billion shares to the food testing equipment market. Strictly speaking, no matter whether it is a previous or near-term national investment and resource allocation, China's food inspection agencies and equipment have already reached a certain scale. The main reason for the continuous emergence of problems lies in the law itself and the law enforcement level. In addition, this part of the market is inherently large and has a huge share in the current market of food safety testing instruments. In this sense, the new food law will promote the professional food testing equipment market, but the impact will not be particularly great. . Even at the beginning of the implementation of the new law, in order to sort out the nation's food testing system, it may even be necessary to adjust the distribution and functions of some testing organizations in order to make it more scientific and efficient. From this point of view, manufacturers engaged in R&D and production of such equipment should be more stable in terms of brand building and quality improvement.

Then, in this round of market adjustment, it is undoubtedly a rapid test equipment. First of all, with the implementation of the new law, the state will inevitably strengthen supervision at the law enforcement level, and the convenience and timeliness of rapid inspection equipment will be more competitive and meet the needs of efficient and real-time management. The demand will be large. Secondly, with the popularization of laws and law enforcement, peopleâ€™s awareness and emphasis on food safety testing will be correspondingly improved. Small, fast, and simple food safety testing instruments and equipment will be developed in the private market. And this part of the market will be dedicated to rapid detection instruments and equipment; again, because of the uneven development in the country, some remote areas will be subject to manpower, capital, and other factors, will also favor rapid detection equipment, and also provide a huge amount of such products. The development of business opportunities; Finally, because food safety rapid detection equipment and equipment market share in the entire industry has always been relatively small, so this round of changes to the entire rapid detection equipment market business opportunities is undoubtedly enormous, even subversive .

In order to change the chronic diseases in the food market that China has long formed, the promulgation and implementation of the new law is only the first step. It needs to be continuously improved, and supervision at the law enforcement level is the most important thing. Food safety should start from the source. In addition to severe punishment, we must further popularize scientific knowledge, strengthen the promotion of food safety concepts, and strengthen inspection and inspection. The road to food safety in China is long and long, and the food safety inspection instrument industry should take a big step and start over.