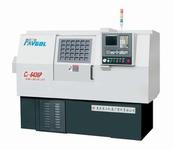 In the next three years, the Chinese mainland's 3D printing market will grow at a speed of at least 1 times per year, and the scale will reach 10 billion yuan. It is estimated that by 2016 China will become the world's largest 3D printer market.

Taiwanâ€™s Aurora Group, known for its office supplies, recently announced that it has partnered with Stratasys, a global 3D printing technology brand, to jointly develop the Chinese 3D printing market.

â€œChina is in a critical period of industrial transformation and upgrading. The development of 3D printing technology has brought great opportunities for China. The industry can use 3D printing technology to enjoy a faster and more efficient manufacturing process.â€ Aurora Group said that in the proofing, open mode In the meantime, it can reduce the manufacturing cost by about 50% on average, shorten the processing cycle by 70%, and integrate complex design and manufacturing.

â€œ3D printing is the direction of future industrial development. The current trend of 3D printing is upward, and it has doubled each year. From Stratasys' point of view, there is an increase of 38% every year.â€ Zhou Qizheng, General Manager, OA Division, Aurora Group It is believed that any industry can be related to 3D, and upgrading from 2D to 3D is a good opportunity for transformation for Aurora. The 2D industry has already entered the state of price competition. Aurora hopes to use 3D printing technology to lead the field of printing again. .

Some people also scoffed at this, and one of the representatives of the "opposition" was Guo Haiming, chairman of Hon Hai. In June of this year, according to Taiwan media reports, Terry Gou published a contrary view on the positive momentum of 3D printing technology, saying that 3D printing is just a gimmick. If it can really subvert the industry, â€œthen my word 'Guo' is written in reverse.â€

"If you and your friends talk about 3D printing in a bar or restaurant, I can guarantee that 90% of people will not know what you are talking about." Jatathan Jaglom, general manager of Stratasys Asia Pacific, said: At present, the biggest challenge is still How did many companies realize the value of 3D printing, and extended the "hands" of 3D printing technology to a wider area.

This situation is more common in China. Yu Qiaoduo (Dalian) Technology Co., Ltd. Qing Quan told reporters his first-line promotion experience: encountered the most problems or many customers do not know the concept of 3D printing, the level of understanding of 3D printing is not enough, do not know 3D can give them What kind of value does it bring? Even the customer is repeatedly asked to ask ridiculous questions, such as whether the 3D printing device â€œcan directly print out food with white paperâ€.

â€œThe 3D printing technology was first produced in the United States in the late 1980s. At present, we are still in the early stage in China.â€ Luo Jun, secretary general of the 3D Printing Technology Industry Alliance in the world, also admitted to the reporter that there are many provincial and municipal The first step in grabbing 3D printing, although not familiar with 3D printing technology, is very high; however, if the awareness of 3D printing does not rise, it is very difficult for the 3D printing industry to develop and grow.

At present, there are not many 3D venture projects that have been publicly disclosed in China. Qinchuan Machinery, which is invested by Sequoia China Fund, is doing research and development of 3D printing. Zhou Lan, a partner at Sequoia, once said that when series of innovations are accumulated, it will push the product to a certain level, and 3D printing may be in the process of accumulation.

Its principle is that there are many kinds of machines made by using Pascal's law to use liquid pressure transmission. Of course, the use is also root.